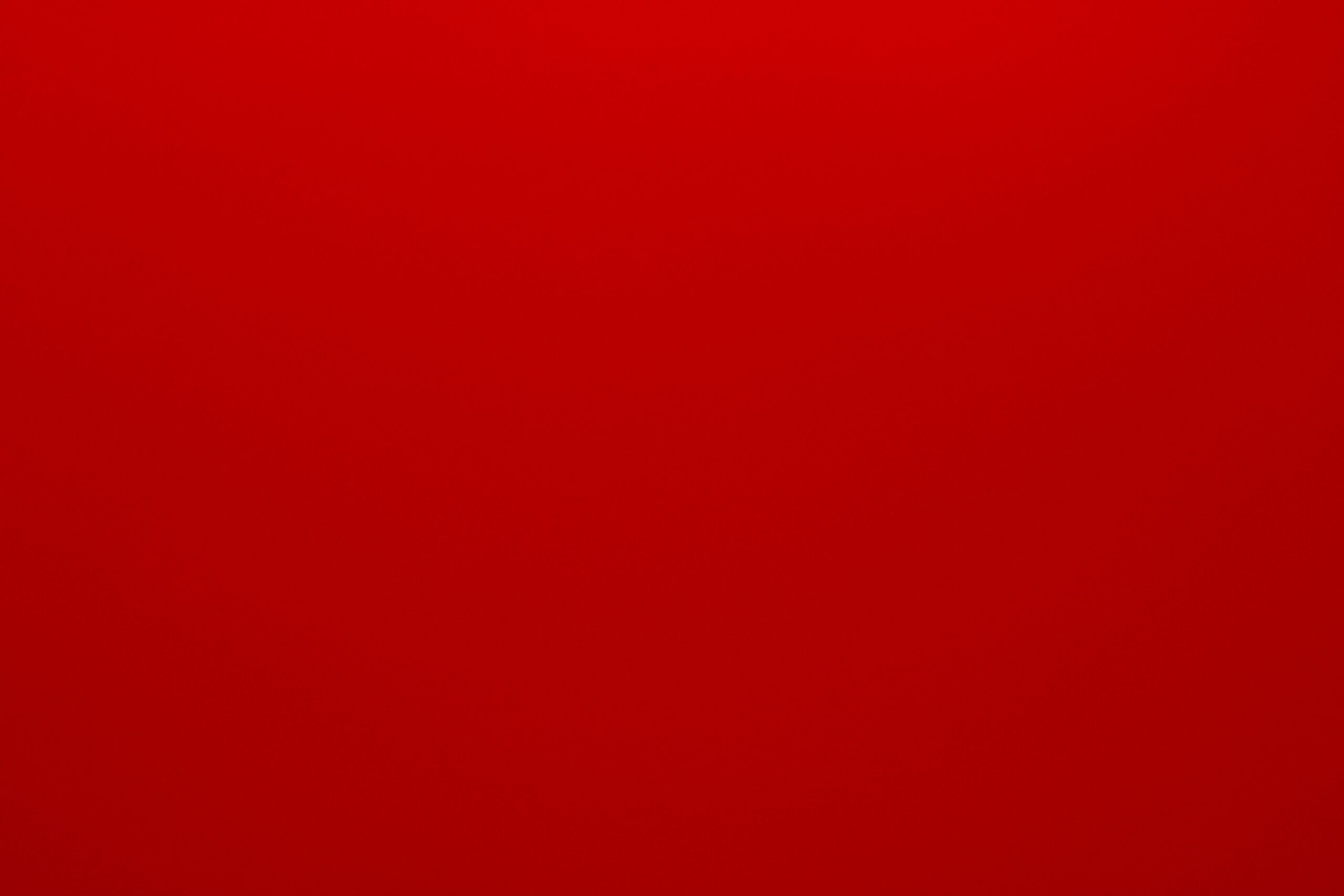 As things stand, we no longer wish to associate or collaborate with MAGFest. Here are the factors that went into that choice.

According to employees, the MAGFest board of directors have a concerning record of bullying and abuses of power, leading to fear and distress among the staff.

From letters by Ev, & Faith: 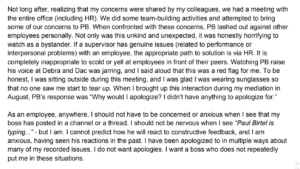 They also cultivated a culture of secrecy, which prevented accountability. MAGFest employees find it burdening to navigate a lack of transparency that seems specifically built to control them. 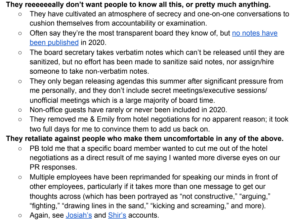 The MAGFest board went on to violate the agreed-upon democratic election of new board members, which cements a pattern of suppressing outside voices to maintain their control.

From letters by Josiah & Shir: 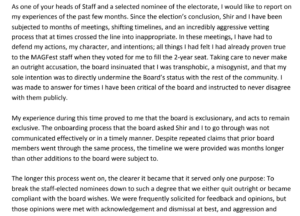 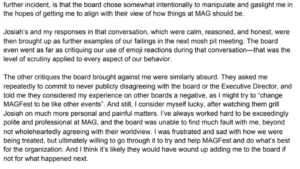 Since then, many MAGFest employees who spoke up have been fired, and are being denied continued healthcare during a pandemic.

Employees and volunteers in similar situations, are being banned from attending indefinitely — unless they sign a legal form that would prevent them from speaking against, or suing MAGFest. 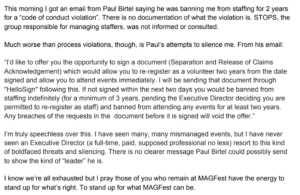 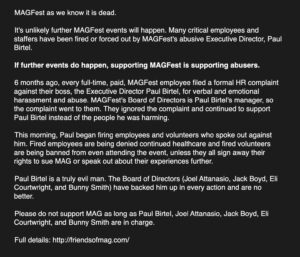 Extended bans to those who spoke up is an alarming contrast to lax treatment of sexual assaults at MAGFest.

This is not the entire story. You can find full letters, further documentation, and updates at https://friendsofmag.com/ — The screenshots provided are a concentrated and organized overview. It’s for the purpose of summarizing the situation, but there is much more there.

In response to the above, Twill Distilled is putting together MAGPact — something you can join to indicate that you will not be participating, performing, or attending MAG and MAG-affiliated events given what’s happening. A music festival cannot operate without people. 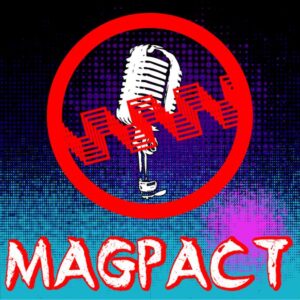 The purpose of this pact is to provoke change, and to tell the remaining board/supervisors that the MAGFest community is not on their side here. You would not be alone. Even the three longest standing board members are stepping away until and unless things are fixed.

Joining MAGPact is as easy as contacting Twill via social media or [email protected] — Questions are not invasive. We do not intend to coerce people to react to the situation in any way, but we do want people to be informed about how they can react. This is one of many options. 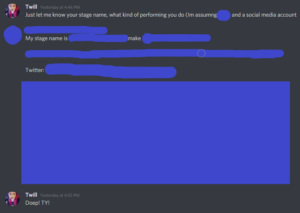 Distancing ourselves and spreading awareness is a weighty decision for A Bit of Chiptune. One year ago exactly, we were preparing to play a curated set at MAGFest’s Chipspace. 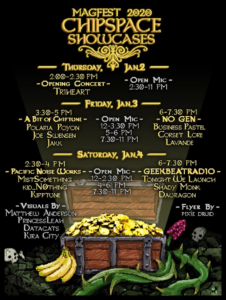 Between the artists and staff who helped set it up and who we played with, it was one of the best experiences we could ask for.

We understand that speaking up against the MAGFest BOD’s bullying, secrecy, violating election results, and mass-termination during a pandemic might mean that we’re not allowed to curate a showcase again, which would suck, but not standing up against this sucks a lot more.

We also want to say that while there are hundreds of people associated with ABOC whether as performers or moderators or writers, this statement was not written by all of them, let alone a significant number of them.

This statement reflects the beliefs of the ABOC community, and to attempt to ban individual parties by association because of this statement would be pretty aimless and inaccurate.

This includes artists that performed at Chipspace 2020 under the ABOC banner – these were artists that we asked to play on our behalf, and should in no way be construed to have written or be in support of this statement unless they say so personally.

It’s our dream that the MAGFest BOD enacts real, lasting change to correct the wrongs they have caused, but we will not be involved with MAGFest until that happens.