Yo! This is probskay coming at you with another “A Bit of Chiptune Monthly Showcase,” compiling together music submitted by the ABOC community, reviewing some highlights of what’s been submitted!

In these monthly showcases, we hope to show off a diverse array of musical styles and artists. If it’s chip, we don’t skip! It could be a techno song, an experimental piece, a digital fusion of synths and sound chips, or stylized VGM.

This one’s a doozy, so let’s have sunsetballista start us off and show us around! 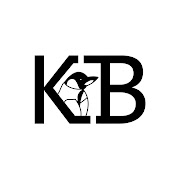 First up, we’ve got a new one from Kabayama, one of my favorite chipartists from Kanazawa, Japan! They recently put out an album with Scythe that I absolutely adore, and this piece really hits the right notes for me. It’s syncopated, and full of energy! The harmonies are perfectly jazzy and the melody is complex but infectious. Seriously, give this a listen – and don’t forget to support other chipmusicians from across the pond! 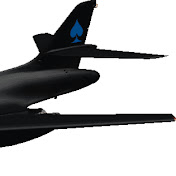 Our next song is from Superjet Spade, a regular over at the Chiptune Cafe Discord server. I’m always a sucker for some good ol’ breakbeat, and Spade’s vibey, ethereal take on this style is really unique. Granted, I don’t know much about OpenMPT, but the sound design in this track is super varied and a treat for the ears. I love the echoing vocal samples spread throughout and I’ve never heard anything quite like the “lead” at around the :19 mark. Plus, Spade says this song was inspired by a MOD from ABOC’s own Tobikomi. Way to represent!

P.S. Spade has a wonderful article on their website talking about their experience with video games as a kid and how it led to their path as a chipmusician. It’s sentimental, nostalgic, and overall just a wonderful read. 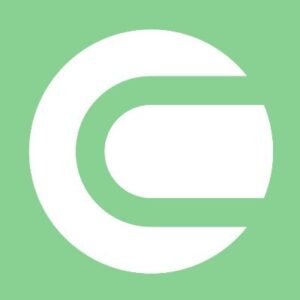 If you live in the States (or anywhere, I’d bet) you know how frustrating it is to get scam callers on your line all day. Well, worry not! At least now you could listen to this sick jazz/house fusion ringtone by Cepukka! Better yet, set it as your alarm and start your day off right. My favorite part is around halfway through where they throw a ring sample in as part of the beat.

(Disclaimer: sunsetballista is an LSDJ dweeb and knows jack all about most other early video game consoles that aren’t the NES. If some details/facts need adjusting, please do not hesitate to reach out to me or an editor.)

Next, we’ve got a few submissions from the Revision 2021 demoparty! It’s a yearly event held on Easter over in Germany for members of the demoscene on all sorts of hardware. During COVID, Revision has had to hold events online over livestream, but that hasn’t stopped them from continuing to feature some awesome musical talent. 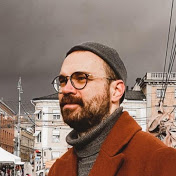 For example, we’ve got “Let It Flow” by Juzdie and Artline Designs. It came 3rd in the Oldschool Music category at the party and really slaps! It’s a unique sound, at least to me. I’ve never heard sample playback come out of a C64, much less an entire C64 demo using samples. Really neat stuff! 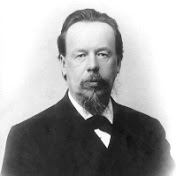 “Waiting for Freedom” by aKi came 11th in the same competition. Personally, I think ZX Spectrum tunes have a really unique sound that no other computer comes close to – it’s a shame it isn’t more popular in the chip scene. aKi makes great use of that sound in this chill but driving track – the PWM on the longer notes of the lead is absolutely satisfying. Mmmm, chunky.

Russian Massive Digital Aggression (blog for the collective aKi is a part of, also in Russian -kay) 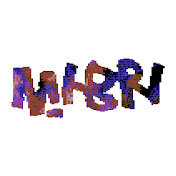 “Purple Lipstick” by Mibri is great for similar reasons, though they make use of (what I’m pretty sure is) the SID’s sample playback functionality and do some really advanced stuff with arps. They get sounds out of the C64 that I’ve never heard elsewhere! I’d love to dig through this song file if it exists and figure out how they did this stuff. Mmmm, chunky x2. 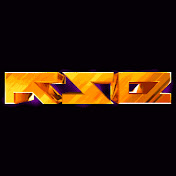 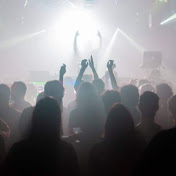 Finally, for two awesome demos, check out “SNES Music Pack 1” by mAZE and AceMan, and “Phosphorizer” by Loonies and Logicoma. SMP1 uses some novel samples unusual on the SNES in its heyday to make some really sweet tracks. The songs compiled onto the ROM have a ton of variety, from the C64-esque Joyful Trip to the choppy modern electronic-styled One More Chance. The Phosphorizer C64 has really sock minimalist visuals that follow the music being played – it almost looks like something off an alt-reality Atari game. Sick song, sick visuals, all cool. 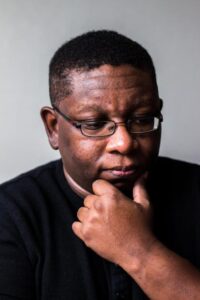 Abstract’s latest instrumental track on it’s own already paints a clear picture, with its melancholic chords and Abstract’s signature finger drumming human touch, but in combination with the title and cover art it is absolutely clear what kind of scenario this track portrays. Still having Abstract’s recent track with 2rabu “The Iron Mic Way” in my mind, hearing different themes explored with the same musical makes this one extra interesting to listen to. 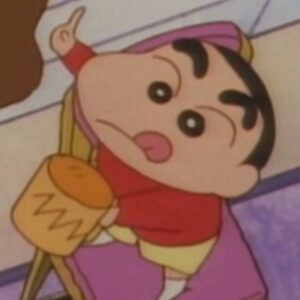 you guys have no idea how many times I've tweaked this song's samples, I'm somewhat satisfied with it now. I used some source samples for the percussion (only a few are found) and the original FM trumpet patch because the real trumpet samples I tried sounded bad pic.twitter.com/W0e0Wd5dGd

Pinci explains in his tweet that he tweaked this song’s samples many times, and you can definitely hear that a lot of work and care went into this cover of Knuckles’ Chaotix’s “Door Into Summer”. Pinci went for a softer and more nostalgic vibe with his cover, which fits the song very nicely! 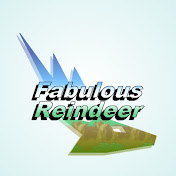 Fabulous Reindeer’s cover of Calliope Mori’s “Red” is, as Mori herself described it under Fabulous’s tweet, “SO AMAZING”. The original track features both fast rapping and melodic vocals which are translated very well to this VRC6+N163 cover. As per usual, the track is also mixed very well and sounds nicely balanced! (I couldn’t find the tweet in question -kay) 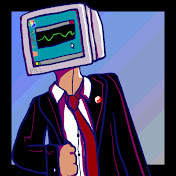 This cover is for BlankPxl’s 50 sub special on youtube (congrats on 77 now by the way!). I’m especially fond of the instrumentation choice around the 2:53 mark, which BlankPxl made work very nicely in 2A03 and VRC7. The original track creates a lot of harmonies by layering voices which this cover also achieves by using the added vrc7 channels.

Earlier, BlankPxl released a BambooTracker cover of “Joutounin of Ceramics,” and I got an exlcusive interview with him about it:

probskay: What got you into making music?/how did you start your journey?

BlankPxl: I think the first time I wanted to make music was a combination of playing Cave Story, using SoundCloud to find Anime covers, and doing violin lessons back when I was a small lad. I thought it was really cool that Pixel spent all of his free time to make such an amazing game with a bopping soundtrack to boot and so I wanted to try my hand at it. As a kid, it sounded like something possible (although looking back those covers were full of cringe).

probskay: Do you create covers often?

BlankPxl: Right now I mostly do covers, but I’ve been getting more and more into original stuff. Before ABoC, I had only done one or two originals for a couple of friends’ projects and YouTube videos. However, after participating in ABoC’s first couple of albums, I realised that making your own music was both extremely fun and very challenging. I do aim to make more original music in the future and maybe make enough for a small compilation album.

probskay: For the featured cover of Joutounin of Ceramics from Touhou 17, you used the tracker BambooTracker, which is meant to emulate the YM2608 soundchip, to create it. Do you use other programs for your works?

BlankPxl: Yeah, Joutounin of Ceramics was really a test of what BambooTracker could do for me since I’ve always been interested in PC-98 style music (due to the huge Touhou influence on me). However, I started in FamiTracker. Although I’m still learning how use FamiTracker after 3+ years of music making with the program, I’d love to learn other programs to branch out of Chiptune or even learn PMD for more authentic PC-98 music!

probskay: So if there’s one thing I know about Touhou fans, it’s that you’re neck deep in the series. What game do you think has the best OST all around?

BlankPxl: That’s a really difficult question to ask, especially since Touhou is renowned for being that bullet hell with awesome soundtracks. I honestly can’t say which one is the best all around since they all have amazing and memorable sounds (even the PC-98 games)… But for my top 3 (in no particular order) I’d have to say Mountain of Faith (Touhou 10), Embodiment of Scarlet Devil (Touhou 7), and Lotus Land Story (Touhou 4).

probskay: You mentioned you’ve been working on original projects recently as well. Is Touhou the thing that influences your composition the most, or do you have other places to credit?

BlankPxl: Both sides of Touhou music has been a big influence on me as a musician. The original music by ZUN is always magical and astonishing, while the many works by the vast number of doujin circles have opened up those initial melodies into such interesting interpretations (like the circle Floating Cloud rearranging songs with a bouncy and fun Irish folk spin). I’d have to also credit Pixel, creator of Cave Story, for such a captivating soundtrack in the same vain as ZUN. However, there is this one song on particular that really inspired me to stick on the path of Chiptune for all these years: Potato-tan’s (aka. PotatoTeto) song, Welc.moe. I had stumbled onto this song back in my SoundCloud days and it just captivated me with how floaty and welcoming (pun intended) it was. I had been doing Chiptune for about a year then and it just made me excited for what I could possibly create with such a limiting medium.

probskay: Do you have any projects in the works right now that people can look forward to? If so, where could those be found, as well as any possible updates?

BlankPxl: In the past year I had joined a couple of Touhou doujin circles, Irodori and KodamaSounds, which I’m excited to work with in the future! Both of those circles had released an album quite recently, with 彩 and Gensokyo Party Vol. 1 respectively. Right now I’m focusing on my YouTube (BlankPxl) channel and just made a Twitter (@BlankPxl) to help network and connect with other artists in both Chiptune and Touhou.

That’s all for now! Don’t forget to submit suggestions for this series (preferably new releases month) in the #submit-to-showcase channel on our Discord. Most of these submissions were made by one person, but we want to hear from more points of view. Until next time, chip on! 🤟